Prof. Willy Susilo (University of Wollongong)
Professor and Head of School of Computing and Information Technology 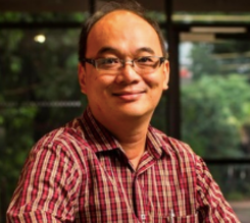 Willy Susilo is a Senior Professor in the School of Computing and Information Technology, Faculty of Engineering and Information Sciences in University of Wollongong, Australia. He is the director of Institute of Cybersecurity and Cryptology, School of Computing and Information Technology, University of Wollongong. Willy is an innovative educator and researcher. Currently, he is the Head of School of Computing and Information Technology at UOW (2015 - now). Prior to this role, he was awarded the prestigious Australian Research Council Future Fellowship in 2009. He was the former Head of School of Computer Science and Software Engineering (2009 - 2010) and the Deputy Director of ICT Research Institute at UOW (2006 - 2008). Willy obtained his PhD from the University of Wollongong in 2001. He has published more than 500 papers in journals and conference proceedings in cryptography and network security. In 2016, he was awarded the ”Researcher of the Year” at UOW, due to his research excellence and contributions. His work on the creation of short signature schemes has been well cited and it is part of the IETF draft. He has served as the program committee member of several international conferences. He is the Editor in Chief of the Computer Standards and Interfaces (Elsevier) and the Information journal (MDPI).
He is currently an Associate Editor of IEEE Transactions on Dependable and Secure Computing. Previously, he has served as an Associate Editor of IEEE Transactions on Information Forensics and Security. 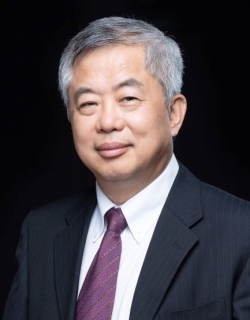 Chang Wen Chen has been a Professor of Computer Science and Engineering at the University at Buffalo, State University of New York, since 2008. Previously, he was Allen S. Henry Endowed Chair Professor in the Department of Electrical and Computer Engineering, Florida Institute of Technology, from 2003 to 2007. He was on the faculty of Electrical and Computer Engineering at the University of Missouri - Columbia from 1996 to 2003 and at the University of Rochester, Rochester, NY, from 1992 to 1996. From 2000 to 2002, he served as the Head of the Interactive Media Group at the David Sarnoff Research Laboratories, Princeton, NJ. He has also consulted with Kodak Research Labs, Microsoft Research, Mitsubishi Electric Research Labs, NASA Goddard Space Flight Center, and Air Force Rome Laboratories.
He received his BS from University of Science and Technology of China in 1983, MSEE from University of Southern California in 1986, and Ph.D. from University of Illinois at Urbana-Champaign in 1992. He and his students have received seven Best Paper Awards or Best Student Paper Awards over the past two decades. He has also received several research and professional achievement awards, including the Sigma Xi Excellence in Graduate Research Mentoring Award in 2003, Alexander von Humboldt Research Award in 2009, and the State University of New York at Buffalo Exceptional Scholar – Sustained Achievement Award in 2012. He was elected an IEEE Fellow for his contributions in digital image and video processing, analysis, and communications and an SPIE Fellow for his contributions in electronic imaging and visual communications..

This conference is held by :